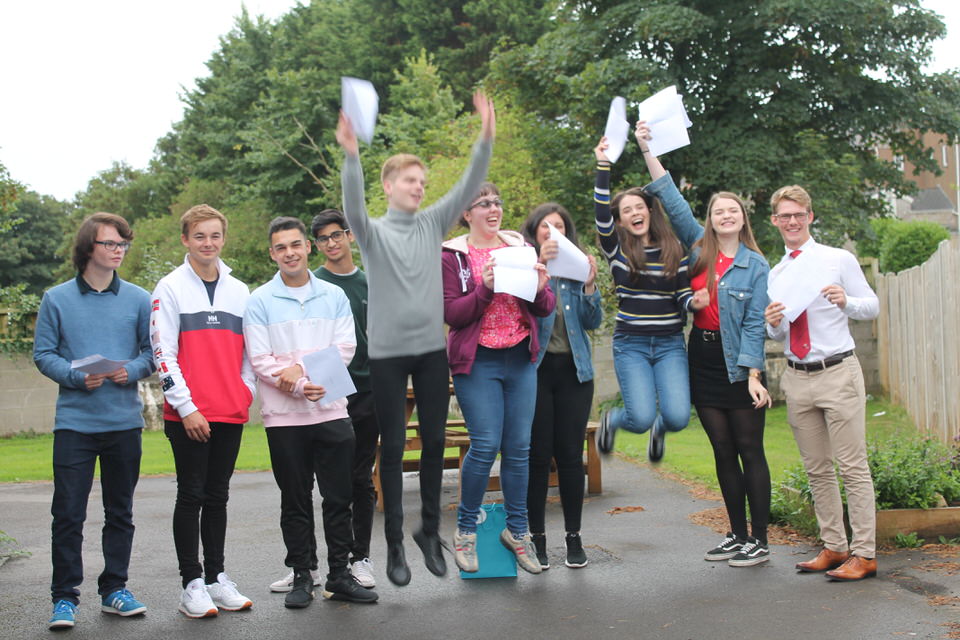 St. Clare’s Sixth Form students are celebrating another year of excellent A Level results that trump the national picture.

A superb 78% of grades achieved were A*/B compared to 52% nationally while 16% were A* – almost double the national results.

Straight A students were Freya Harding and Megan Greenwood who have confirmed places at top destinations. Megan, Deputy Head Prefect, achieved an A* in Biology and an A in Maths and Chemistry and has accepted a place at Cardiff University to read Dentistry.

She joined St. Clare’s in Year 10 and attributes her fantastic results to the school’s small class sizes which she said were “extremely helpful in bridging the academic gap between GCSE and A Levels.”

“The Sixth Form also provides many opportunities throughout the two years which help to build a strong personal statement, ready for university applications,” added Megan.

Freya, a Senior Prefect, achieved an A* in History and French and an A in Spanish and will study Spanish and Italian at St. Andrews. Freya joined St Clare’s at Year 12 and recommends joining into Sixth Form. “The small Sixth Form is a benefit in classes as well as during free lessons as there is a lot less distraction for independent study.”

Head Student, Hannah Hart achieved an A* in Art and B in Spanish and Psychology and has accepted a place at Exeter University to read Modern Foreign Languages (Spanish and Italian). Hannah has been a pupil at St. Clare’s since Nursery and her mother and grandmother also attended the independent school.

Helen Hier, Head of St. Clare’s School, said: “We are immensely proud of our students’ achievements and it is a pleasure to celebrate with them today after all their hard work. We are delighted to hear that so many students have secured places at their first-choice universities, to read competitive subjects such as Dentistry, Chemical Engineering and Law. We wish them every success in their continued studies and future careers.”

At St. Clare’s School, it isn’t just about academic success. Students are offered extra-curricular activities in a wide range of areas, including Sport, Art, Textiles and Graphics. Senior prefect Integration and Community, Christopher Matthews will continue to pursue his passion for cricket while taking up a place at Cardiff Met to read Sports Conditioning, Rehabilitation and Massage. After collecting his results this morning, Chris was off to Wales Invitational 11 v MCC Secretary’s 11.  Chris has been playing this summer for Glamorgan 2nd and Wales Minor Counties as wicket keeper.

The majority of St Clare’s students gained a place to study at their first-choice university, including top leaver destinations, Cardiff, St. Andrews, Exeter and Loughborough.