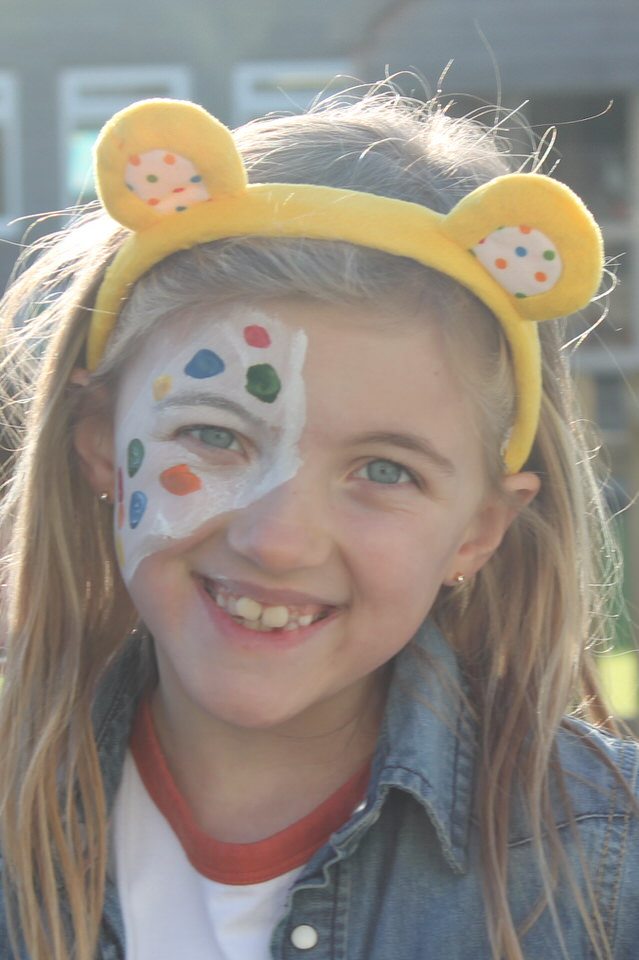 St Clare's go all out to fundraise for Pudsey

“We’ve all been trying to think of suggestions and this was something a bit different that we could do” said the boys who put their hairy legs in the not-so expert hands of eager pupils who donated £5 to be allowed the satisfaction of pulling off a wax strip. Not to be outdone, the courageous boys were joined by ICT Teacher, Mr Yemm, wearing a delightful Star Wars Chewbacca onesie.

At St Clare’s we always support Children in Need from the smallest in the Nursery to the tallest in the Sixth Form.  Apart from the leg-waxing we held raffles, quizzes, wore fancy dress, cake sales and the Prep pupils ran lots of stalls including a Pudsey Photo Booth which was very popular. We’ve had a lot of fun and raised £1,393.23.

Braving the wax in front of a crowd of eager would-be waxers, one of the boys said: “It seemed like such a good idea at the time but it did get more painful as it went on.”

Another added: “It did hurt, more than I expected.”

Despite the pain, all the boys agreed that it was worth it knowing that they were raising money for such a good cause.

No pain, no gain, as they say!

This seemed like such a good idea at the time

The boys bear their legs for Pudsey

It hurt much more than I thought it would!

Some of the pupils' quiz team

One of the Pink Ladies wins the sweetie jar

Prep pupils dress up for Pudsey

Mrs Howe, Mrs Parker and Mrs Reohorn in the audience

The boy from "Stranger Things" won the fancy dress

The audience definitely enjoyed the entertainment